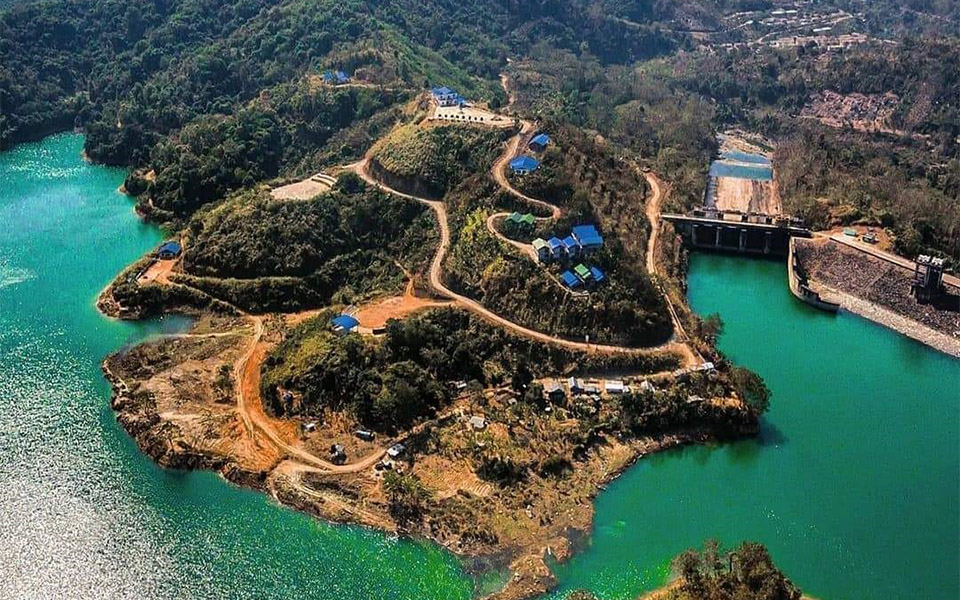 Doyang Hydro Project is one of the most prominent tourist attractions of Wokha district. Located about 38 kilometers away from the district headquarter, the pristine natural beauty surrounding Doyang makes it even more appealing. Another interesting aspect is the terrace cultivation being carried out in the valleys surrounding Doyang river. One will also get a glimpse of the abundance of vegetables and fruits grown in the area.

If you are a bird-watcher, Doyang is the place to be. Not only is the place naturally beautiful but the reservoir near Doyang attracts a large number of migratory birds, the most prominent one being the Amur Falcon. Every winter, a large number of Amur Falcons arrive in Doyang Reservoir for roosting from South Eastern Siberia and Northern China en route to their final destinations. Amur Falcons travel up to 22,000 kilometers per year, which is one of the longest distances of migration among migratory birds. International scientists declared Doyang as one of the biggest congregations of nearly one million Amur Falcon that earned Nagaland the ‘Amur Falcon Capital of the World.’ The best time to view roosting of the birds is during October and November.